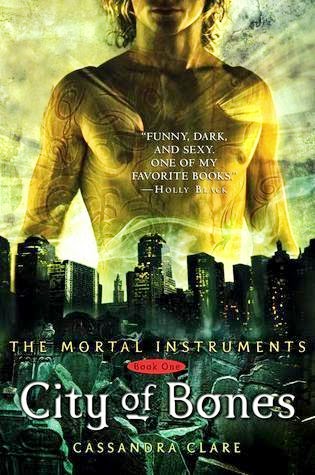 Anyone who loves fantasy and magic will definitely be amazed by City of Bones by Cassandra Clare.

Here’s What it’s All About

Magic doesn’t exist in the real world. At least that’s what 16-year-old Cary Fray believes, right up until she sees a boy stabbed to death and then disappear. It’s more than she can comprehend but what’s even worse are the things she finds out after. There’s not just a few magical things existing in her world. In fact, there’s an entire other world that exists right beside her own, a world where what she once thought of as mythical creatures run amok causing problems for each other and all of humankind.

When her mother decides that they need to leave their home suddenly without an explanation Clary refuses to listen and instead sneaks out to meet a friend. Only after does she realize what a terrible mistake she’s made when her mother vanishes. There’s something going on in Clary’s life that isn’t as it once seemed. She’s not just a normal girl trying to live a normal life anymore. Now, Clary has been dragged into an ancient power feud that just might have more to do with her than she could have ever imagined, but what does she know about magic and mythical creatures?

In this gripping fantasy tale Clary sets out to find her mother but what she really finds along the way is so much more. After all, she’s not going to be able to get her mother back from whatever scary, mythical creature has her unless she has a few on her side as well. So that’s what Clary does, she seeks out the boys she saw earlier and begs for their assistance. It seems like the only choice she has and to her surprise, everyone agrees to help her. Now they only need to find out where her mother is and who has her because the world is a pretty big place and not everyone is on her side.

Clary is frantic to locate her mother but at the same time, she’s uncertain what is happening to her friends. Simon has been there for her forever and he still wants to help, maybe as more than a friend. Jace on the other hand is all power and danger and, though he’s trying to fight it, he’s interested in Clary as more than just a friend as well. What’s a girl to do when she’s recently discovered a magical realm that she may or may not be a part of and her only hope of rescuing her mother is deciding which boy she loves? In City of Bones it may be just that simple.