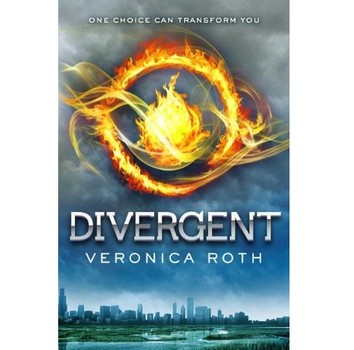 Veronica Roth has created a stunning tale of the world after its own destruction in Divergent. The world as we know it is gone. What’s left behind, is a world where factions control the earth but it’s made the world fair, or has it? Fifteen year old Beatrice is about to turn sixteen and when that happens she will need to choose the faction that she will remain with for the rest of her life. Once she chooses there is no going back and there is no communication with those of another faction. She will have to choose between what is expected of her and what she wants out of life. Even more, Beatrice will have to decide what to do when everything she thinks she knows becomes questioned.

What You Can Expect from Divergent

When Beatrice decides to follow her heart instead of what she’s been brought up to do she thinks she’s found the life she’s always dreamed of, instead, she finds that there is much more going on in their society than meets the eye and the factions aren’t all working towards a common goal after all, some want power more than anything else and they will stop at nothing to achieve their newfound goal, even if it means killing the innocent.

She’s found some new friends who are determined to help eradicate the problems in their world but it seems that nothing will be that simple. After all, in a world where everyone is supposed to fit perfectly into only one faction, Beatrice is a divergent, capable of assimilating into any faction. But will that save her life? Or will being a divergent be what costs her everything she holds dear? After all, there are never supposed to be divergents and no matter who catches on to her secret it could mean the end for her.

What do you do when the world you thought was perfect turns out to all be a lie? Should you attempt to follow along and simply be a part of it or is it time to stand up for something wrong? Beatrice and her new friends are going to have to discover the answers to these very questions before they can ever hope to achieve what they want. The world isn’t so simple once you’ve seen the dark side of it and shortly after her 16th birthday that’s exactly what has happened to a large group of children who have never realized the true scope of their world and just what happens when the rules fall apart.