by John Marco OscilladaFebruary 6, 2015
Powered by Intel's Haswell processors and up to 12 hours of battery life, MacBook Air packs a solid punch in performance.
Positives:

- the display is still not a Retina display

The MacBook Air is the best ultraportable available today. With its longer battery life and faster processors, it makes an excellent buy for a new laptop.

The MacBook Air is the lightest and thinnest MacBook that Apple has ever made. Yet with its sexy form factor, it delivers a powerful kick in everything you do for work or play. It has already come a long way with huge improvements over the last 7 years. Thanks largely to Intel’s Haswell processors, the newest revision to the MacBook Air gets a big boost in both power and longevity with a more powerful overall performance, speedier graphics, and an ultra-efficient power management. Read on to know what makes the MacBook Air the best ultraportable laptop your money can buy. 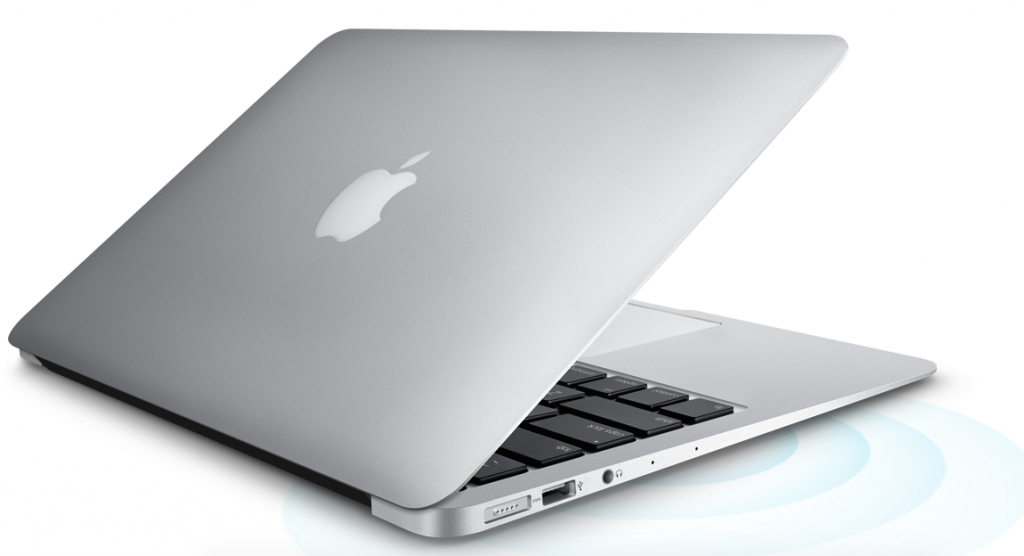 The MacBook Air is sleek, no matter what angle you look at it. Photo from Apple.

Apple wins in every design innovation. The MacBook Air is the sleekest and thinnest MacBook ever with its elegant anodized aluminum unibody chassis with a tapering wedge-shaped side profile, from an industry-leading 0.68 inches thin on its hinge, trailing down to its clamshell edge with an incredible 0.11 inches. The MacBook Air comes in both 11-inch and 13-inch models, and both share the same thin dimensions. This laptop has seriously gone on a South Beach diet.

The present MacBook Air design started in the radical design change introduced last 2010. For almost 5 years, its new design is still touted to be the best among ultraportables. If you pick up a 2010 MacBook Air and the latest Early 2014 model, you will never notice any differences at the first glance. Looking closely, you will see that the only difference of the 2014 model from other previous models is the pair of microphones, discreetly placed on the left side of the chassis.

Both MacBook Airs are the lightest Macs ever made. The 13-inch tips the scale at only 2.96 pounds, while the 11-inch model is even lighter at only 2.38 pounds.

The 11-inch and the 13-inch MacBook Air. Photo from Apple.

The 13-inch MacBook Air has a 1440-by-900 pixels at the MacBook standard 16:10 aspect ratio, and the 11-inch MacBook Air has a different aspect ratio of 16:9, and a resolution of 1366-by-768 pixels. Both displays are TFT panels with wide viewing angles and a high color gamut. Every Mac enthusiast has ever wished that these displays are Retina displays. You can easily discern pixels from non-Retina displays if you have been using high-resolution displays for quite some time. But this is never an issue for new MacBook users, as the vibrant color reproduction makes up for the relatively low resolution.

Both the 11- and 13-inch models come standard with two USB 3.0 ports, the MagSafe 2 power connector, and a Thunderbolt port that also doubles as a Mini DisplayPort for audio-video output and display mirroring. Just like all the MacBook Airs, gone are the legacy Ethernet and FireWire ports. The only difference that the 13-inch model has from the 11-inch model is its SDXC card slot, that is able to read cards of up to 64GB capacity.

On the top of the display is a FaceTime HD camera, able to capture video at 720p HD resolution and shoot stills of 1280-by-960 pixels. This is great for video calls over Skype and FaceTime, as well as for fun Photo Booth sessions. Hidden beside the FaceTime camera is an indicator light which lights an amber color when the camera is in use.

The MacBook Air keyboard is excellent, with a responsive feedback and an island-style layout that gives the right spacing for typing between characters. It is also backlit, which proves helpful in dark environments such as an airplane cabin. As standard with all MacBooks, the award-winning trackpad also comes with the MacBook Air. The one-button trackpad is the button itself, and it is the smoothest and most responsive trackpad among all laptops. The trackpad’s responsiveness and fluidity is optimized by the OS X operating system, which is far better than trackpads in most Windows laptops.

Intel’s latest Haswell processors is at the heart of the MacBook Air. Running from the baseline 1.4 GHz dual-core i3 on both models, it boosts up to 2.7 GHz when needed by power-intensive applications. Haswell is the latest chip architecture by Intel that promises to deliver superior performance while also reducing power requirements. This modern processor makes the MacBook Air the longest-lasting laptop, with up to 12 hours of wireless use on the 13-inch model on a single charge. And with 1000 charge cycles, the MacBook Air also requires no battery maintenance for up to 5 years with normal usage. The MacBook Air also comes standard with 4 GB of low-power DDR3 RAM running at 1600 MHz. These combined technologies make the MacBook Air the most power-efficient laptop of its class. Tests have shown that the 13-inch model can last up to a staggering 14 hours on Wi-Fi with a single charge. Students will love the increased mobility of the new Airs, as they won’t be stuck on power outlets so often.

The graphics department doesn’t scrimp on performance with the Intel HD Graphics 5000 chip. Games run smooth and more detailed than ever, and graphics-intensive apps like Photoshop performs satisfactorily with minimum stutter.

All MacBook Air models come preinstalled with OS X Yosemite. The new design and continuity features to work with iOS 8 are welcome additions to OS X. Yosemite looks great on the MacBook Air, but some people don’t like the flat design. Whether you love or hate it will be up to you.

An important aspect of the MacBook Air is its price. The 11-inch base model is the cheapest MacBook you can get, starting at $899. Students can even get discounts in both 11- and 13-inch models. Apple has made it even more affordable with the relatively low price of materials needed to manufacture these laptops. Few years ago, flash storage in laptops is a very expensive proposition, yet Apple made it possible to become more affordable for everyone today.

The MacBook Air is better than ever. Thanks to a new processor, fast flash storage, and a larger battery, the MacBook Air is the best ultraportable to date. Students will benefit from the long battery life, and the average consumer will love the responsiveness in everyday usage. Starting at $899, the MacBook Air is more affordable than ever, although this is still pretty expensive compared to other laptops of its class. But you are paying for the Apple brand and class-leading reliability. The MacBook Air is highly recommended for anyone looking for a laptop that boasts portability and performance – all in one thin package.

Legoland Malaysia: A Paradise for Children and the Young at Heart
Next