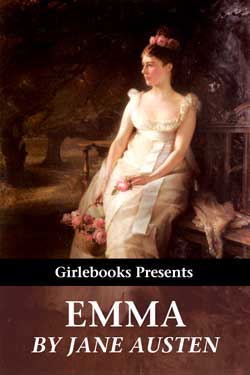 Emma by Jane Austen is yet another tale of a young girl who seeks to do more with her life than simply marry well and live happily ever after. Emma is determined not to find a match for herself but to find matches for others. She wants nothing more than to make others happy and in order to do that she is going to do everything in her power to help find matches for the people that she cares about. After all, Emma believes that everyone deserves to be happy and nothing would make her happier than to help that happen.

Match Made in Heaven?

Emma has attended a wedding where she finds she’s a natural matchmaker; after all she’s the one who introduced the bride and groom to one another. As a result she’s determined to help others find their perfect match as well. It all starts with her new best friend Harriet and a highly respected and titled man, Mr. Elton. The two seem to be made for each other as Harriet is such a sweet young girl and the vicar can help to raise her somewhat low station in life.

Of course Harriet has a beloved of her own that she wishes to accept in marriage. It’s Emma who convinces her to refuse him and to pursue Mr. Elton for herself. Against her own better judgment Harriet decides to comply and begins to attempt flirtations and advancements with Mr. Elton, leaving poor Robert behind in the dust. But things are not going to all work out the way that everyone had hoped. Instead, there will be much pain and much intrigue advancing throughout Emma’s plans because she can’t control every piece of the puzzle. In fact, she can’t seem to control any pieces of the puzzle.

Robert and Harriet have loved one another for some time yet Harriet feels that Emma knows what’s best for her and decides to forsake the relationship. When the relationship Emma has proposed falls through as well it’s uncertain whether Robert will still be waiting to catch her. And whatever will happen to Emma who has still not realized that she should stop meddling in other people’s lives? It seems she will never learn what it takes to truly win over someone’s heart or to come together with a person that she herself may love. Because there’s more eligible bachelors than just the one for Harriet.

Dead Ever After
Next

Harry Potter and the Order of the Phoenix
Reviews
Compare
Go