The rise of the Zulu State 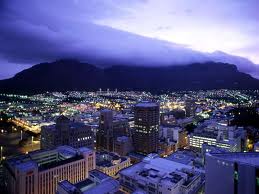 The Zulu ethnic group was created by Tshaka at the beginning of the 19th century. What existed before him was an insignificant Zulu clan which was part of the Nguni tribal complex in Northern Natal. But as a result of the resourcefulness of Tshaka, the little Zulu clan swallowed up all major Nguni people in the area and became the strongest. Those that it did not swallow up ran away beyond the reach of the Zulu army.
The political and military father of Tshaka was Dingiswayo, the chief of the Mthethwa ethnic group in Northern Natal. The Tsonga near Delagoa Bay established trading links with the Portuguese operating through the port of Maputo. These Portuguese traders wre interested in a number of trade goods which included ivory and even cattle for fresh meat.
The Tsonga established a monopoly in this trade and as the elephant and cattle stocks near the coast got exhausted, they penetrated the interior to search for more. The interior Africans who wanted Portuguese beads, fabrics and guns could obtain them through these Tsonga traders. This Trade with the Portuguese attracted a number of ethnic groups in the northern Zululand area. These people tried to break into the Tsonga trading monopoly and hence, competition for Portuguese trade started. The Hlubi, Ndwandwe andvNgwane were among these groups. It was Hlubi who introduced Dingiswayo to the Portuguese trade before he had become the Mthethwa chief. It appears  that he quarrelled with his father and brothers and he was exiled from the group. Because his mother was a member of the Hlubi ethnic group, and she lived among her own people, he deserted to the Hlubi for refuge. Whilst he was there, the Hlubi were attacked by Zwide of the Ndwandwe ethnic group who also wanted to break the Tsonga monopoly in the Portuguese trade. Dingiswayo played his part on the Hlubi side against the Ndwandwe. The ruthlessness of Zwide and his Ndwandwe solders in these conflicts seemed to have an impression on Dingiswayo’s mind. Furthermore his exile to the Hlubi gave him the opportunity to visit DelagoaBay with Hlubi traders. This made him aware of the advantages of this trade with the Portuguese.
Some time between 1810 & 1815, Dingiswayo became the Mthethwa chief. He was quick to establish an alliance with the Maputo people in Mozambique who had in turn managed to establish good trading links with the Portuguese. Together, the Mthethwa and Maputo started to organise ivory and cattle caravans from the intetior to DelagoaBay. But other ethnic groups, in particular the Ndwandwe and Ngwane, also wanted to take part in the same trade.
There was therefore competition not only for the Portuguese trade but also for the resources of the area. Stronger groups started to attack weaker ones inorder to capture their cattle for the Portuguese trade. The same stronger groups also started to cut across other people’s territorial frontiers in search for elephants, again for the Portuguese trade. This also aided by the competition for land due to increase in population saw the Nguni states fight one another for survival. This saw weaker tribes being absorbed into bigger ones.
Senzangakhona the Zulu chief then had an illegitimate son with Nandi who was from the Mthethwa group under Dingiswayo. The child-a boy-was named Tshaka. He and her mother were thrown out of Zululand and they went to Nandi’s home among the Mthethwa people.
Tshaka was recruited into the Mthethwa’s army by Dingiswayo and he proved to be an extremely brave and able solder. This impressed Dingiswayo who then promoted Tshaka to be the commandor of the Mthethwa’s army.
Senzangakhona the Zulu chief died and Sigujana inherited the thrown, but Dingiswayo assisted Tshaka to kill his elder step brother and take over the Zulu chieftainship.
In 1818, the Ndwandwe of Zwide attacked the Mthethwa and in the process killed Dingiswayo. Soon after the death of Dingiswayo, Tshaka took over and became the paramount chief of both the Zulu and the Mthethwa combined forming the biggest Nguni state.
Tshaka was a military genius, who made one of the deadliest military reforms ever existed in Southern Africa he then used them to increase his already huge empire.

Military Reforms:
Long before he became the chief, all Nguni states used a long spear as a weapon which they would throw at their enemy, however Tshaka saw this  as a cowardly way of fighting and a waste of speart. He then introduced a short spear which was to be used as a stabbing weapon instead of throwing and it was called an assegai. Every solder was to carry this spear throughout the battle and whoever lost his was branded a coward and was punished severely.
To go in hand with this was a long shield about the height of a man made from cowhide. It was to be used to protect the Zulu warrior, and in close contact with the enemy was used to hook away the enemy’s shield away to expose his chest, belly and then stab him.
The major innovation was the cow horn formation of the army.
When attacking an enemy force, each Zulu regiment was divided into four parts, which together represented the shape of the bull’s head and horns. The first regiment formed the left horn, the second regiment-the right horn, the third regiment which was the bravest and fittest was the head and would be the one that attacks the enemy. The fourth regiment was behind the thid and would act as reserves when the third got tired. The third would then retire to the back of the fourth and rest and inturn become the reserves. While the activities of the third and fourth regiments took place, the first and the second regiments would go around the enemy and encircle them. In the event that the enemy was defeated or became tired and decided to go back they  would find the still fresh two regiments who would finish them off. Tshaka A.K.A The Black Napoleon was the major player in RlSE OF THE ZULU KINGDOM.

Unfortunately today, South Africa has become a hell hole for the white minority – and the “international community” is failing to recognized the genocide against the minority.

like
What's your reaction?
Love it!
0%
Does not excite me
0%
I would recommend it
0%
Great value for money
0%
Posted In
african history, travel
Tags
south africa
south africa
About The Author

Renier Koekemoer
Renier is an editorial partner with Likedreviews and several more premium editions. He is an interviewer for travel, medical tourism and covers major trends.To schedule an interview please contact him directly at rmx321@gmail.com
Recommended for you:
south africa
MORE
Read More
4470

The Rise of Lenovo: Radical Innovator or Just Another Copycat?
Next