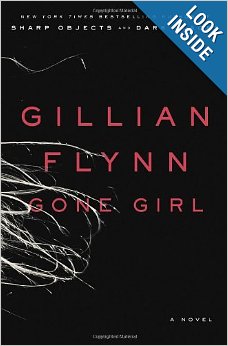 Gone Girl by Gillian Flynn is the tale of a happily married couple with absolutely everything going for them. These two have been married for many years now and have always lived the absolute perfect life. For all appearance they have the perfect life and the perfect marriage. But then one day Amy simply vanishes and the truth begins to come out about what the two have been hiding. Because their relationship definitely wasn’t perfect and their lives were very far from it. They had a lot of secrets to hide but did one of them lead to Amy’s disappearance?

When Amy’s disappearance is really looked into there is so much discovered about her life and the way that she lived it that more than one person begins to look good for her murder. But none seems to look quite as good as her own husband Nick. It seems he has a few things of his own to hide and he doesn’t seem to be as forthcoming as those searching for Amy think he should be. In fact, he seems almost to be hiding something about her disappearance. Does he know more than he’s letting on?

Amy has written a diary that seems to depict her own husband as an evil man who is incredibly aggressive and difficult to live with while she is very easy to live with (of course). Nick on the other hand seems to think that Amy is not as good of a person as her diary would have people believe. There’s more to this disappearance than meets the eye and at least one of the main characters are definitely lying at least about one thing or the other. But is Amy really dead? Has she really disappeared?

When things finally come to light it’s going to be a shock to more than one person but on the other hand it may not be as surprising to everyone that things haven’t been what they seem. Nick and Amy both had secrets to hide and they’re both going to have to find a way to hide those secrets if everything is going to come out okay. But how can things come out all okay when Amy is dead and her husband looks like he may be the one who did it? You’ll never see the ending of Gone Girl coming, just like Amy and Nick never saw it coming.