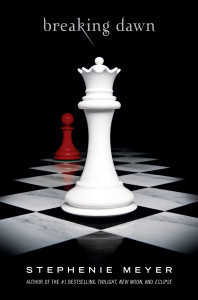 Breaking Dawn is the final book of Stephenie Meyer’s Twilight Saga. It’s also an intriguing conclusion to what’s been happening to each of the characters. Bella and Edward are set to make their relationship permanent and fulfill the obligations both have to each other but there’s more to marriage than just the ‘I do’s.’ In fact, what normally goes after marriage? A baby. Something Edward and Bella are certain is completely impossible for her, but not, it seems, if she’s still human. Near the end of their honeymoon Bella discovers that she’s pregnant and Edward is terrified. After all, a half vampire baby could kill poor, human Bella before it’s even born, especially at the rate it’s growing.

A Baby for Bella?

There’s much happening in Bella’s life and she’s certain that she’s not going to let anything happen to her baby. It’s going to be a struggle to convince the rest of the family to let her keep the child and to keep her human while it’s born but for once in her life it seems Bella is going to be completely firm on this one. There’s more than just one family concerned however especially when little Renesmee is finally born because Renesmee looks just like a young child and she looks like she’s been turned into a vampire, which is illegal as far as the Volturi are concerned.

When it’s discovered that the Cullen’s have a vampire child it’s the reason the Volturi have been looking for to  destroy the Cullen’s once and for all. But will it matter to them that the Cullen’s have actually done nothing wrong at all? Or will they strike first in the biggest battle in vampire history and decide to ask their questions later? Either way it’s going to take a lot of strength on the Cullen’s side before they will even have a chance at survival.

This epic conclusion of the Twilight Saga is definitely a good one. You will not regret reading Breaking Dawn for yourself and you may even pass it on to your friends. Bella, Edward and Jacob’s futures will all be resolved by the end of this book, as will the future of young Renesmee who wants nothing more than for the mother she loves to be happy and the boy who is important to her to stay near. But the Volturi have other plans and you’ll have to read the book to find out what they are and if they will succeed.