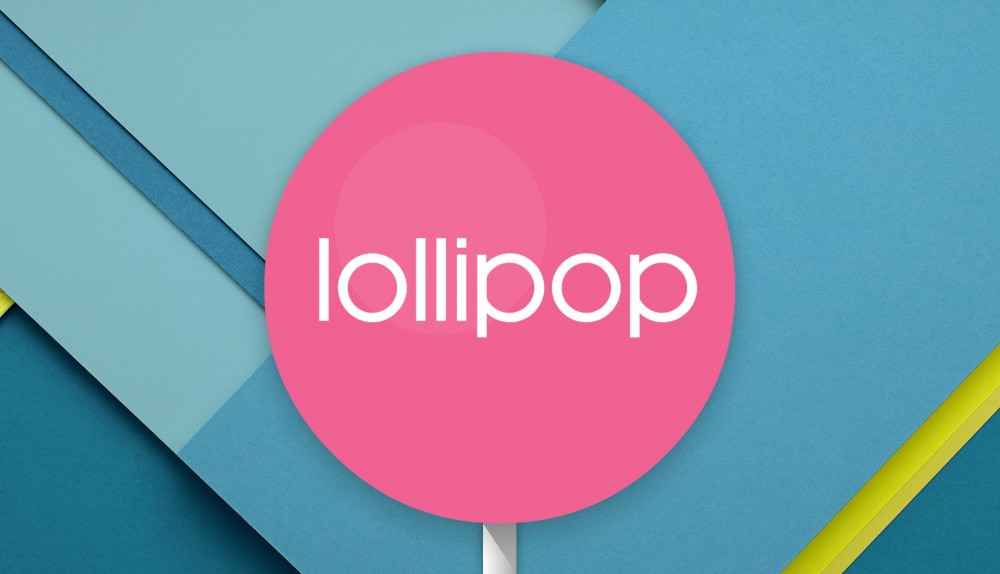 by John Marco OscilladaFebruary 8, 2015
Lollipop is true to its name as the sweetest release of Android yet.
Positives:

Android 5.0 is the best update to come to Android yet with its fresh design, improved features, and enhanced performance all working together to give a pleasant user experience.

Editor Rating
User rating
9 ratings
You have rated this

Google has been gaining momentum in the success of its Android operating system. With the majority of the smartphone market shares belonging to Android, Google is in full swing with its development efforts to make Android better than ever before. From the success of Android 4.4, codenamed Kitkat, Google pushes its efforts even further to introduce new and refreshing improvements to its most popular mobile operating system. Android 5.0, or simply called Lollipop, continues the sweet treats naming scheme of Android. Not only it is sweet: once you have a look into Lollipop, a fresh and modern interface welcomes you and embraces your wireless lifestyle. This is the review of the latest update to Android, and read on to see what makes it the best update that Google has ever released.

In the development of Lollipop, design considerations were never an afterthought. Next to improving the core features of Android, the design is second. The new design philosophy of Android, called Material Design, takes the user interface to a realistic dimension. Everything on the screen comes to life with depth and responsiveness. A notable improvement on the interface is the animations – moving elements now have a sense of origin. These animations don’t just appear out of nowhere, instead they clearly define where they come from and what movements are right for a task execution. It is one of the key improvements to the design of the user interface. After all, animations are key to how we interact with our content. 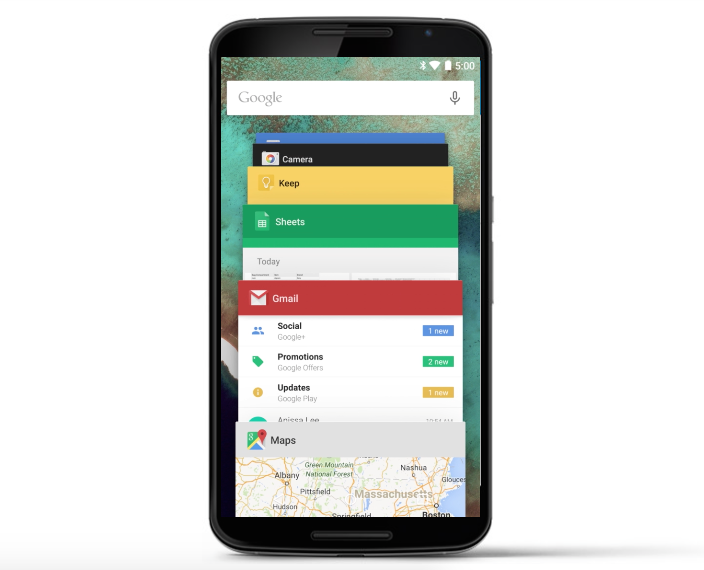 Material Design is far from being skeumorphic; it lies on the essentiality of paper and ink. With this philosophy, on-screen objects appear tactile to our senses and becomes natural. Buttons and toolbars animate with a sense of depth, similar to what happens when you move an object over a piece of paper. Android creates an illusion of realism and depth to its objects, more exemplified on smartphones with laminated touchscreens. Like you move layers of paper stacked on top of another, your interaction with on-screen objects feel like you’re touching them.

The fonts used in the user interface also shows depth and realism. In the previous versions of Android, Roboto was the main font used all throughout. Same with Lollipop, Roboto gets an overhaul with more defined rounded corners and lines that make text even more readable. With the Roboto font as a simplistic font, Material Design is simple and minimalist. Clutter has been eliminated in many aspects of the user interface, leaving the user with only the vital controls but not to the point where simplicity eats up the usability of the interface. 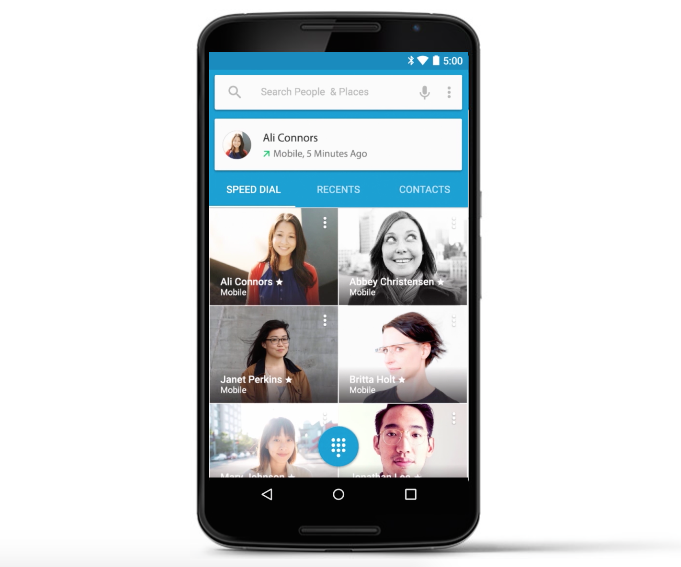 Every detail in the user interface is coherent to each other. Photo: Google

The user interface has lot of welcome changes. The Google Now is still accessible from the home screen by swiping to the right, yet it looks much cleaner and simpler with the removal of unnecessary buttons. The application panel has also changed: gone are the transparency layers, instead the app icons are resting on a white paper-like layer that “pops” out of the screen. Notifications also benefit from the Material Design design language, having more functionality and less transparency to give a sense of accomplishment once the user takes over a notification. The switches all over the interface has also changed, and they look polished and beautiful – like real switches, actually.

Android 5.0 also has performance improvements that enhance the overall user experience. As the latest smartphones carry a huge amount of RAM and processors that rival desktop chips, Lollipop has vastly improved to take advantage of these powerful components. But with the initiative of Google to reach out even the low-powered devices in third-world nations, Lollipop runs smoothly on almost any device capable of running Android. The latest 64-bit chips on some devices benefits the overall user interface to be as smooth as possible. Battery life also benefits from the Android technology called Project Volta. These enhancements work in the background to give users the best Android experience possible.

Every element of Android 5.0 is in sync with all devices. Photo: Google

In terms of security, Android 5.0 took a huge leap in improvements. The notable Face Unlock feature first seen in Ice Cream Sandwich was given an overhaul in Lollipop. It’s now called Trusted Face, and it works silently as you go along on the lockscreen. By taking a look in your face while interacting with some active notifications even before you unlock the screen, Android will automatically detect that you are authorized to bring up the home screen. With this, a first layer of security in the form of a PIN will be needed if ever someone is trying to unlock your phone.

Lollipop also comes with user profiles to let anyone to use one device with a different set of settings. With the Guest Mode, you can lend your device to someone for a while with your settings intact. There is also the Smart Lock feature, which detects if you are near to your smartphone or tablet with the use of a smart device such as a smartwatch or an earpiece. This works with the use of Bluetooth geofencing – if your smart device and phone or tablet are within 30 feet of range of each other, you can unlock your smartphone or tablet. It’s a cool and nifty feature, especially if you own one of the many smart devices.
Verdict

Lollipop is the biggest update to the Android ecosystem. With a fresh design language, new set of cool features, and added performance and security, Android 5.0 is sure to please every Android fan. It is a welcome upgrade to compatible devices such as the Nexus 4, 5, 7, and 10. It comes preinstalled in the Nexus 6 and 9. Some Google Play Editions of top mobile phone manufacturers like Samsung and HTC will get the update soon. Motorola’s Moto G and Moto X will be updated with slightly modified versions of Lollipop. If your device supports Android 5.0, this is a definite update to install.

Xbox One review: A console that’s future-proof than ever
Next