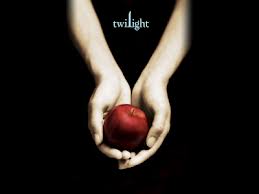 Twilight, the first book of the Twilight Saga is written by Stephenie Meyer and sets the stage perfectly for the remainder of the books that are to come. Isabella Swan has never lived an extraordinary life. In fact, her life has always seemed as though it is below average. But what’s a girl to do when she’d becoming an adult and her parents are divorced? Bella, as she’s known to most, has decided to spend some time with the father she barely knows in rainy little Forks, Washington where she has spent many summers during her childhood. She’s sure things will be just as boring and lackluster as before. After all, nothing ever changes in Forks.

At least up until now nothing every changed in Forks. It all happens very suddenly. The first few days of Bella’s arrival seem very normal. Nothing out of the ordinary happens and she’s certain things will fall into an old routine. After all, even her bedroom is still the same as she left it all those years ago. It’s not until she walks into her science classroom for the first time that she sees him and everything changes. Because things are not as they always were in Forks. Some things have changed and one of them, is the vampires.

Though the two attempt to stay apart for a long time it soon becomes very clear that it’s not going to work. After all, Edward has been waiting over a hundred years to meet her and Bella simply won’t allow herself to be spurned by him. A highly unlikely couple the two are all too soon inseparable but there are darker forces at play when yet another vampire family journeys to Forks. This family is bent on the destruction of Isabella Swan and anyone and everyone that tries to protect her.

It’s going to take everything that Edward and his family have to keep Bella alive past the homecoming dance. After all, when a couple of crazed vampires with superhuman strength, speed and senses are after you, it’s very difficult to stay away and when you’re only an average sized human with less than usual strength and speed, what are you going to do? Bella however, isn’t going down without a fight and she’s determined that no one she loves is going to die simply to protect her. But if she goes at it alone what are her chances of survival? Stephanie Meyer paints a vivid picture of the love and devotion that one girl can have for her family and her friends to the extent of sacrificing herself for them.

The Hunger Games
Next