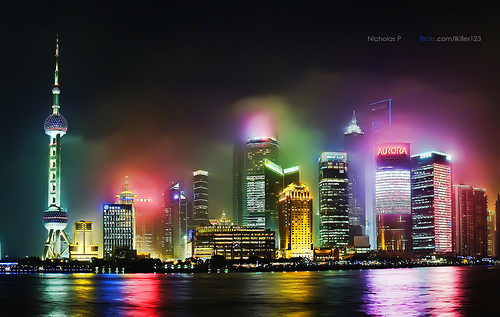 The New Year is blissfully here with us. With it comes the usual resolutions and scripting of the long to- do list. One item that is on most people’s plates is going for a holiday sometime in the year. Planning for a vacation can be a double edge; can be both enjoyable and stressful in equal measure.

Here are some new travel hotspots gems in Asia.

A thriving art scene that has seen the cosmopolitan capital earning the prestigious honor as the world design capital for 2016. Their rich history is documented in books from the impressive book store chain Eslite (with is homegrown by the way) provides books, journals, manuscripts on Mandarin Oriental, Le Meridien.

Take a journey of maritime discovery in the new National Museum of Marine Science and Technology. If you are more outdoor-sy Taipei provides an exquisite 17 bike trails for hiking and sightseeing. Enjoy the fishing villages, deep sea diving in the Kenting National park while taking a dive in the Orchid Island famous for its marine life. Night life is vibrant with a host of exquisite hotels all over the city. The food scene is vibrant all over city; movement is eased through an organized transport network.

Home to close than 20,000 tiny islands Indonesia offers a little paradise. With amazing rainforests, beautiful beaches, crisp clear seas, exotic wildlife as well active volcanoes, Indonesia is a must go travel destination in Asia. With an estimated 9 million tourists last year (2014) grossing US $10 billion in 2013 alone, Indonesia has emerged as a world top travel spot in Asia. The world economic forum survey of 2013 gave Indonesia a competitive Index score of 4.0

First stop at the Borobudur which is the single most visited tourist attraction in Indonesia. Visit the land of Lombok with Komodo dragons and beautiful beaches. Take a dip in the Sumba Island and enjoy the many surfing adventures. Meet friendly people in Bali who welcome you to countless top of the range resorts and hotels.

Being the most populous city in the world as well the being China’s most dynamic metropolis, Shanghai is a marvelous travel destination in Asia.

With the world most rapidly changing skyline Shanghai boasts of great monuments such as the Oriental Pearl TV tower. It is the tallest TV tower in Asia with a height of 1536 feet. It attracts visitors due to its unique elements of traditional culture blended with modern architectural styles.

View the fantastic and breathtaking Bund international architecture exhibition. Take a glimpse of the Bund and Huangpu River which splits the city into east and west. At night the 1930s European architecture is accompanied by bright lights gives the city a radiant atmosphere. Take a stroll at Yuyuan garden which is the largest ancient gardens in the city. Meditate at the Jade Buddha Temple and visit the active shrine.

A random fact about Shanghai is that there is no legal drinking age, so parents taking their kids there should be aware and take the necessary precautions.

Grand Hotel Palatino in Rome
Next

How to Generate Leads from Twitter
A103
Compare
Go