The Google Nexus 9 Tablet! A Case Of Unfulfilled Promises

The Nexus 9 Tablet is a Google product designed by HTC. It is relatively smaller than the out-fashioned Samsung Nexus 10 and somewhat bigger than the ASUS-crafted Nexus 7. Well, you get the picture of what we are talking about, right? It is designed to poser the current Android 5 Lollipop in a standard tablet size with a striking 64-bit processor.

This new model is a product made to show Google’s position concerning the way Android should operate and function. In a mission to accomplish this, Google has contracted HTC to continue with the development of these new devices. Previously, Google partnered with Asus to develop the 7in Nexus Tablet – a very compact and relatively affordable device than those offered by competitors in the market. Google’s partnerships in the past have also seen the involvement of Samsung in the making of the bulky 10in screen Nexus tablet.

In a nutshell, the Nexus 9 is a design of an iPad aimed at making the Apple’s tablet better in terms of usability and performance. It is among the pioneer Android tablets in the market using a squarer screen ratio of 4:3, common with Apple tablets in a similar trend as observed with televisions before the adoption of the 16:9 aspect of a widescreen.

Essentially, the Nexus 9 Google tablet is the first of its kind to use a 64-bit processor. The tablet uses the new version 5 “Lollipop” Android software by Google. This software comes with other useful features such as enhanced profiles of users for sharing with friends and family, a battery saving mode and a glossy new feel and appearance. 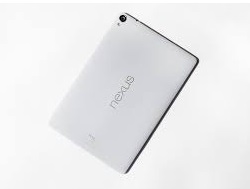 The 8MP camera to the back of the tablet can only be useful for taking quick snaps. Just like other tablets, the quality of shots cannot match the quality of some smartphones in the market like the Infinix Alpha Marvel X502 and the Samsung Galaxy K Zoom I reviewed the other time. The time to focus before taking a shot is definitely long and performs relatively bad in low-light conditions.

The price value varies with different features. The cheapest version is the Wi-Fi-only Nexus 9 that costs about £319 (16GB version) – this may vary depending on where you buy it. The 32GB version costs slightly higher.

The Nexus 9 tablet has succeeded in a number of features and functions. Here is a list of what to expect:-
• The Google Android software enhances a prettier, quick and better battery life.
• There is also a Google calendar app that is an obvious improvement over the previous one having a more current interface with enhanced reading capabilities, large images and bright icons that represent the scheduled events well.
• There is a Gmail app that supports email services provided by other platforms like Microsoft, AOL, Yahoo and Exchange. This means that all emails can be accessed at one point hence avoiding the use of multiple applications.
• The 1.6 MP front facing camera is good for average selfies and video calling.

Despite being a latest model of a tablet, the Google Nexus 9 by HTC has not been able to out-perform the already existing Android tablets in the market. The following issues are evident:-
• The dual-core Tegra K1 often becomes warm near the camera when in a general use, becoming disturbingly hot while playing high graphics-intensive games.
• Noticeable lag and stutter that derails its performance while loading some apps
• Absence of microSD hence limited storage space
• Average screen size

The Google Nexus 9 tablet was believed to solve a daunting challenge as posed by the Apple device through the use of a tablet that looks like an iPad, the anticipated efficacy has not been felt by users across the universe. The screen is smaller than that of Galaxy Tab S as well as that of iPad Air 2. However it is not portable at the same time. The quality of the screen is also out-fashioned by previous gadgets.

Given its cost going way above £300, the build quality is expected to be good but that is not the case. However, the Android 5 Lollipop software is a huge development even though other tablets can still catch up with the tablet on these grounds. It can be argued that the Samsung Galaxy Tab S is much better than the Nexus 9 despite having an ability to improve with updates on the software. The Nexus 9 tablet does not offer iPad Air 2 any much competition.

SIMON TITUS
Simon Titus is a mechanical systems engineer, a blogger and editor with a passion for finding real-time solutions for individuals and companies, connecting buyers to sellers and creating a high web presence for business clients and individuals.
Recommended for you:
nexus 9gadgets
MORE
Read More
1450 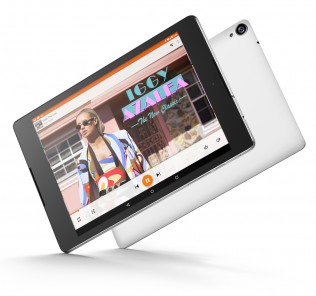 Moto 360 review: The future of watches, today
Next