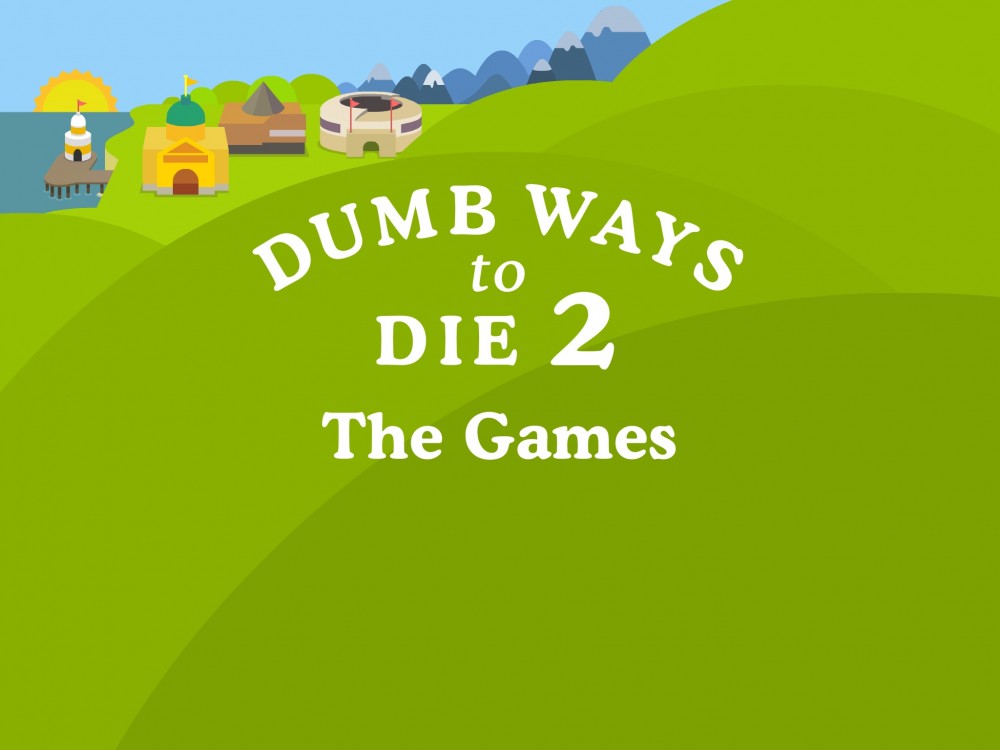 by John Marco OscilladaFebruary 6, 2015
With a new kind of gameplay and new characters, Dumb Ways To Die 2 offers countless hours of fun.
Positives:

- Dumbest of the Dumb episode needs virtual cash to play

Dumb Ways To Die 2 is a solid game by Metro Trains Melbourne. It improves on the first game with new mini-games and new characters.

That catchy title of a game about ridiculous ways to die, Dumb Ways to Die is a top-grossing app made by Metro Trains from the Land Down Under. Based in Melbourne, Australia, Metro Trains is a team of game developers aiming to give proper awareness about train safety. They took the time to make the perfect time-waster (pun intended). The first version of their hit game, Dumb Ways To Die, proved itself popular with kids and adults alike. Simply put, they launched an awareness campaign wrapped in the form of a game. It proved successful by garnering top places in both the Google Play Store and the Apple App Store. Now, the game team continues to promote safety in trains (and countless hours of fun) and has finally developed the sequel to their successful entry to mobile gaming with the Dumb Ways To Die 2.

Set in an Olympic-type game episodes, Dumb Ways To Die 2, formally named Dumb Ways To Die 2: The Games, is a game where you need some elbow grease and extra patience. The simple yet addictive gameplay needs your ability to swipe, rub, and balance a tilting idiot on the screen with precision and agility. Yes, even the dumbest characters need a special kind of attention here. As you go along with your swiping and rubbing, you accummulate points for your efforts. And just like the original installment, you only live three times.

You can’t underestimate the power of your fingers as you rub and swipe along the game. You might think it sounds easier than it seems. But the game will push your fingers (and elbows) to the limit, as with increasing levels comes increasing difficulty. Have you ever groomed a Yeti monster, or even test your agility as you pointlessly avoid striking spears from the skies? Dumb Ways To Die 2 lets you do those dumb things, and so much more.

The game is divided into four episodic gameplays, namely the Freezerville, the Dumb Dome, the Drown Town, and the grandest of them all – the Dumbest of the Dumb. Another episode is under construction by the way: it’s called Adrenaland, and we can’t say if it has hopes of getting done anytime soon. Well, these four (technically five) gameplay scenarios takes you to an Olympic-style arena of different weather conditions with various games to play (and die) with.

First off is the Freezerville, which is very similar to the real-life Winter Olympics. Here, you get to play ridiculous mini-games like slapping a penguin, ski jump using a rocket (!), figure skating on broken ice, slalom, curling with a landmine, escaping an avalanche, and the Yeti monster grooming game. There is also one game to test your patience – the “don’t lick that pole” minigame – similar to the original game’s “don’t press that button” minigame.

Next up, the Drown Town is a place where you are playing with water. Here, you get to run for your life from piranhas, dive on a kiddie pool, run on a slippery poolside, kill yourself diving on an underwater mine, and rodeo riding on an overexcited dolphin. If you love the waters and you love chasing after piranhas, this is the episode you shouldn’t miss to play.

The Dumb Dome is a stadium where you get to play traditional Olympic-like games such as running with scissors, pole vault in a thunderstorm, hurdling through electric hurdles, dynamite relay, and escaping from spears falling from the sky. This is one of my personal favorite game episodes – characters here are some of the dumbest that I could ever imagine to be.

Last but definitely not the least is the grand stadium of the Dumbest of the Dumb. To play on this arena, you need to pay some virtual cash, and the games will be a hodgepodge of the various games from the other three episodes. If you need to prove that you are the dumbest among the dumb, then playing this episode is an absolute must.

One of the train mini-games.

Shifting between the minigame episodes will take a train going around the arenas. As the train moves along, there are minigames that tests your patience and agility, as well as your reaction time. When you accomplish a train minigame, you get a safety bonus, which adds up to whatever score you may get from playing onward. The game also lets its users to unlock characters along the way as they score higher. Some characters are never-before-seen ones, and you need to warm up and get a high score to reveal these dumb characters. There is also the Safety Pledge which presses you to pledge to be vigilant in train stations. Go on and pledge.

Dumb Ways To Die 2 is a solid follow-up to the original Dumb Ways To Die game. It provides countless hours of fun and lets you waste your time in a ridiculous and hilarious way. Sharing the game with friends also helps to add fun as well. With the built-in safety campaign, Metro Trains is once again successful in promoting train safety to everyone. Dumb Ways To Die 2 is available to download for free in the Google Play Store and the Apple App Store. Give it a shot – you’ll soon realize that it’s dumber than dumber as ever.

Nights in Rodanthe: Book and Movie Review
Next