Lights, camera… thrilling action with vehicles falling from the sky, muscle cars at high speeds, explosions, superb hand combat, guns and amazing acting skills. Fast & Furious 7 dubbed Furious 7 is undeniably the most anticipated movie in 2015, the main reason being the success of the previous movies in the same franchise. The movie is bound to be a hit for a number of obvious reasons such as the retaining of the original crew that made the film a success in the first place. The movie, like the name suggests, is the 7th installment of the popular series Fast & Furious and a sequel to the previous Fast & Furious 6.

After the defeat of Owen Shaw and the crew working with him by Dominic Toretto, Brian O’Conner and he crew return to the US and adopt new but normal lives. As a revenge strategy for his brother’s death, Owen’s brother Ian Shaw, played by Jason Statham, goes after Dominic and this puts the crew in danger again. The crew learns of Han’s death and goes out to avenge the death of one of their own before the killer finds them.

The studio wanted an accelerated filming of Furious 7 and this lead to a number of conflicts such as Justin Lin, the Director of the franchise since the 2006 The Fast and The Furious film titled Tokyo Drift., announcing that he would not be able to cope with the speed that aimed at releasing the movie in the summer of 2014. Lin claimed that the fast production would affect the quality of the movie and obviously did not want to be part of a low quality film that is eagerly awaited by many. This led to the announcing of James Wan as the director of Furious 7 with Chris Morgan returning to his writing job and Neal H. Moritz returning as the producer.

This film will be the last appearance of the popular character Paul Walker plays in the series as he died on November 30, 2013, during which the film was halfway done. After his death filming got a delay for re-writes and after consultations and considerations, Paul Walker’s Brothers Cody and Caleb Walker were used in the movie to stand in for Walker’s parts for the remaining scenes. Walker’s part was retired as opposed to being killed. 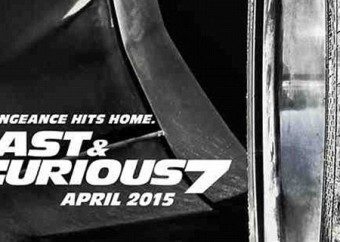 Because of Paul Walker’s death and the magnitude of the character he played in the movie, the release date was moved from April 10 and now Furious 7 will be released on April 3, 2015. In the last month of 2014, Universal Pictures (the company responsible for the distribution of the film) announced that the trailer of Furious 7 would be released in a major event over social media and true to their words the official Furious 7 trailer dubbed “7 seconds of 7” was released and on the 1st of February 2015 during the Super Bowl XLIX, a  new Furious 7 Trailer was released and features new footage.

The film series has been struggling with returns especially because the first film grossed a huge amount and the following films did not quite match that. With a $250 million budget, Furious 7 is expected to make headlines in the world of action movies and the cast is a big part of that. As mentioned, Furious 7 is the most anticipated action film in the first quarter of 2015 and we can only wait and see what is in store for us. It is projected that the death of Paul Walker may affect the film sales but it will be in the positive as many fans will want to watch the last of his movies.

According to the budget , the cast, the director, the writer, the plot and the trailer, Furious 7 will be a hit and will compete well with any the action movies re lease this season as well as gross hundreds of millions in the process. If you have a need for speed, and thrilling action played by your favorite stars you will love Furious 7. Even for those who are not action movie enthusiasts, they can pay respect to one of the best actors, Paul Walker, and enjoy the casting by the other talented stars.

The Correct Attitude Towards Wealth Creation
Next