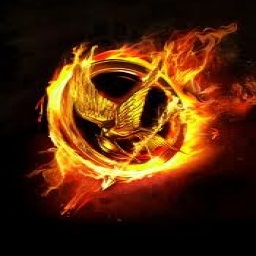 In The Hunger Games by Suzanne Collins every boy and girl in the 12 districts between the ages of 12 and 18  lives in fear of their name being chosen on that one terrible day of the year known as the reaping. On that fateful day, two children from each district are chosen to fight to the death in a competition that will test not only their skill, but their strength, bravery and wits. It is a fight to the death where only one will arise as the victor, and it is known as The Hunger Games.

Here’s What you Should Know About The Hunger Games

The story of Katniss Everdeen and her family is a heartbreaking one where a loving and happy, though poor, family is torn apart by the harshness of life. Katniss grows nearly overnight from a child into a full-fledged adult, tasked with the care of her entire family. It is because of her that the family survives the next few years of life and manages to pull themselves back together.

Everything has settled into a routine that they are all content to continue for the rest of their lives. Until that fateful day when Primrose Everdeen, the youngest daughter of the family, against all odds, is chosen to represent their district in The Hunger Games. It is most certainly a death sentence. It is also something that Katniss can simply not stand by and watch and she chooses to protect her young sister at the potential cost of her very life.

Katniss enters The Hunger Games with one goal and one goal only, ‘try to win,’ the last words imparted to her by her sister before she was whisked away. It will take everything she has to have even a hope of beating the stronger and more skilled competitors who will enter this competition from districts that have prepared them for nothing else since the time they were old enough to walk. Still, it is the only thought that drives her as she makes her way through the fiasco leading up to being dropped in the middle of playing field.

Little does Katniss know she has someone else on her side that will help her wherever possible. And when the rules of the game change, she finds herself drawn to help them as well. It’s a fight to the death, but it just may not be a lonely climb to the top. Unless The Capital has more than one trick up its dastardly sleeve.