The Bridges of Madison County: Book and Movie Review 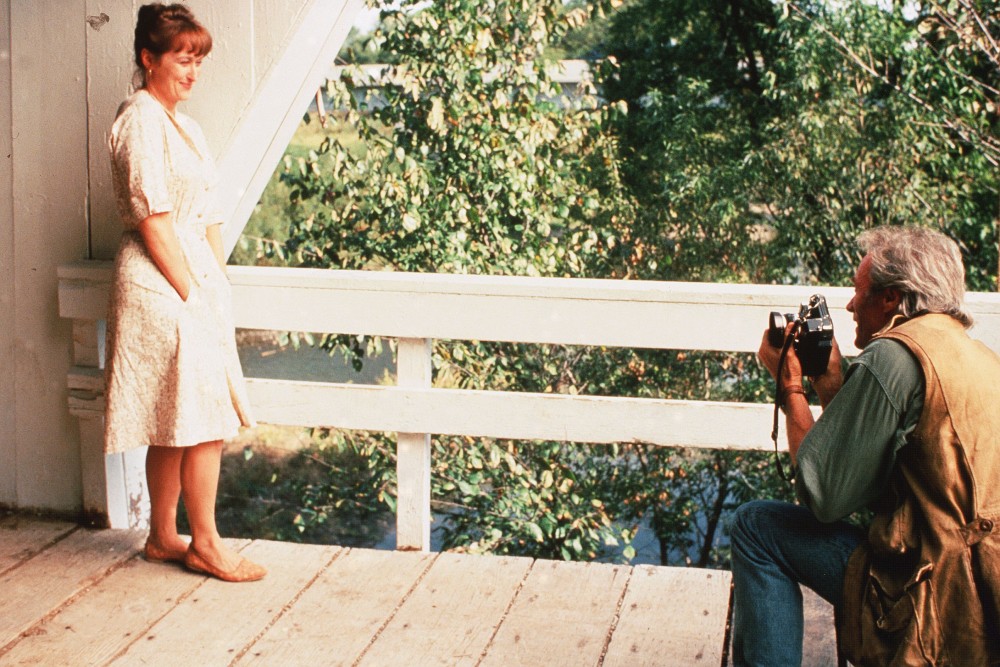 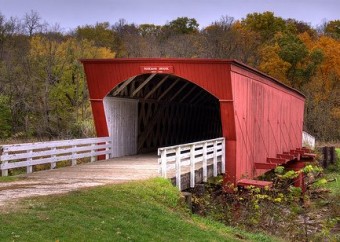 Perhaps, one of the best love stories is about letting go and letting destiny decide the fate. Perhaps, everyone has experienced such sacrifice in a little or grand way. Perhaps, each of us can relate to any tale of loss. And perhaps, this theme made The Bridges of Madison County one of the best-selling books and one of the most successful movies in the 90s.

The Bridges of Madison County was written by American author Robert James Waller and published in 1992. Three years later, the book was adapted into a major motion picture by Amblin Entertainment, Malpaso Productions and Warner Bros. Entertainment. The film is directed by Clint Eastwood who also played the main protagonist along with Meryl Streep.

Plot. In the present time, the children of deceased Francesca Johnson arrive in their Iowa farmhouse to settle their mother’s estate. She left them with a will and a safe deposit box. Siblings Michael and Carolyn are perplexed to be instructed that her body be cremated and the ashes strewn on the nearby Roseman Covered Bridge, which is not in accordance with the burial arrangement they had known. They are even more surprised to discover the contents of the deposit box. Inside are set of photos of her mother and a letter. Michael refuses to comply but is later convinced by Carolyn to calm down and that they read together the documents she had discovered – some letters addressed to their mother from a man named Robert Kincaid. This leads them to confront an olden chest where they found a letter from their mother, series of diaries, and souvenirs from Francesca’s other life.

It was a hot day in 1965 when Robert Kincaid, a photographer for National Geographic, came to Madison County, Iowa to shoot a photographic essay for the infamous covered bridges in the sleepy town. Uncertain of the way around the locality, he pulled off in front of the house of Italian war bride Francesca Johnson to ask for directions. As her husband and children were away at the Illinois State Fair, Francesca offered to escort him around. This simple meeting eventually led to a four-day affair. That short affair had greatly impacted Francesca’s and Robert’s lives that they almost ran away together. However, she intervened at the last minute in consideration of the grave effect on her husband and children. Robert conceded as he also struggled to find the essence of his calling as a photograph.

Their discovery touched the Johnson siblings as each is facing marital issues. In honor of their mother’s love and self-sacrifice, they complied with her request. 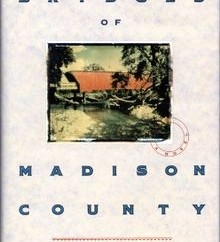 Book. With 50 million copies sold worldwide, the novel is one of the bestselling books of the 20th century. Robert James Waller did a superb job in creating an unforgettable love story in less than 200 pages. He is both a talented story-teller and a writer. His themes are mostly about sacrifice and finding one’s destiny (read Border Music). His stories are simple and truthful, but with this simplicity comes the complication of choosing one’s heart or obeying the mind. In The Bridges of Madison County, he took a practical and wise approach to a life-changing situation. And like in real life, we usually take the harder (which actually appears easier) choice – the kind of love that is giving but grieving.

As Mr. Waller has an affinity to music, the book is very poetic with romantic passages that could really touch one’s heartstrings. He had written a long but sincere essay at the end of the book (supposedly composed by Robert Kincaid). This is perhaps the best line in the book: “In a universe of ambiguity, this kind of certainty comes only once, and never again, no matter how many lifetimes you live.” 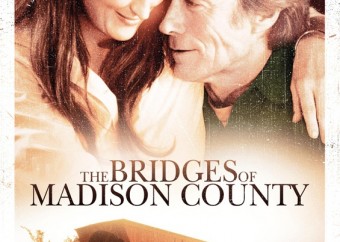 Movie. The Bridges of Madison County is a mature love story, and Clint Eastwood and Meryl Streep did a lot of justice to the movie adaptation. Right at the moment Mr. Eastwood stepped in with his rugged swag, you know he is bringing trouble. And indeed, he made the world upside down for the lonely and volatile Ms. Streep. Though they were not an adorable teenage couple, the duo projected an overflowing chemistry on screen. Streep’s secretive smirks and Eastwood’s flirtatious glances were enticing and provocative, suggestive of the heart-breaking doom they were headed for. Not only did the actors perform a praiseworthy job, the entire crew succeeded in creating a cinematic masterpiece. The dusty and lethargic location, the dilapidated bridge, the silent motions and the spot-on dialogues all complemented to bring out the unspoken joy, looming love and moving drama. The scene I love most in the movie is that part towards the end where Robert’s truck and Francesca’s car (with her husband inside) were stuck in traffic. With his final chance, Robert beacons to leave the county with him and Francesca, strongly clutching the car door handle, is secretly sobbing inside as she resists the temptation to run away with her new found love. 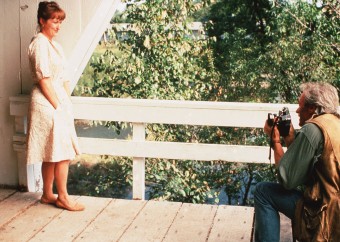 Verdict. It is hard to decide which is better – the book or the film version. I guess one is incomparable to the other. The novel is fluidly written, as if there is a certain rhythm to it that rhymes with our personal emotional lyrics. The movie is an excellent adaptation, delivering countless touching moments and dialogues. They are a perfect tango, with the book delivering some of kind of anticipation while the film syncs to it. In the end, both are worth the time and effort.

Though The Bridges of Madison County was created two scores ago, its mature yet timeless theme is a perfect treat for both young and well-experienced lovers this Valentine’s Day.

like
What's your reaction?
Love it!
20%
Does not excite me
0%
I would recommend it
60%
Great value for money
20%
Posted In
books, movies
Tags
About The Author

Guimo Pantuhan
The author is an agricultural engineer and college instructor by profession, but a blogger and writer by heart. He is currently pursuing his master's degree at the University of the Philippine - Los Baῆos, Laguna, Philippines. During his free time, he writes blogs and online contents.
Recommended for you:
booksmovies
MORE
Read More
500